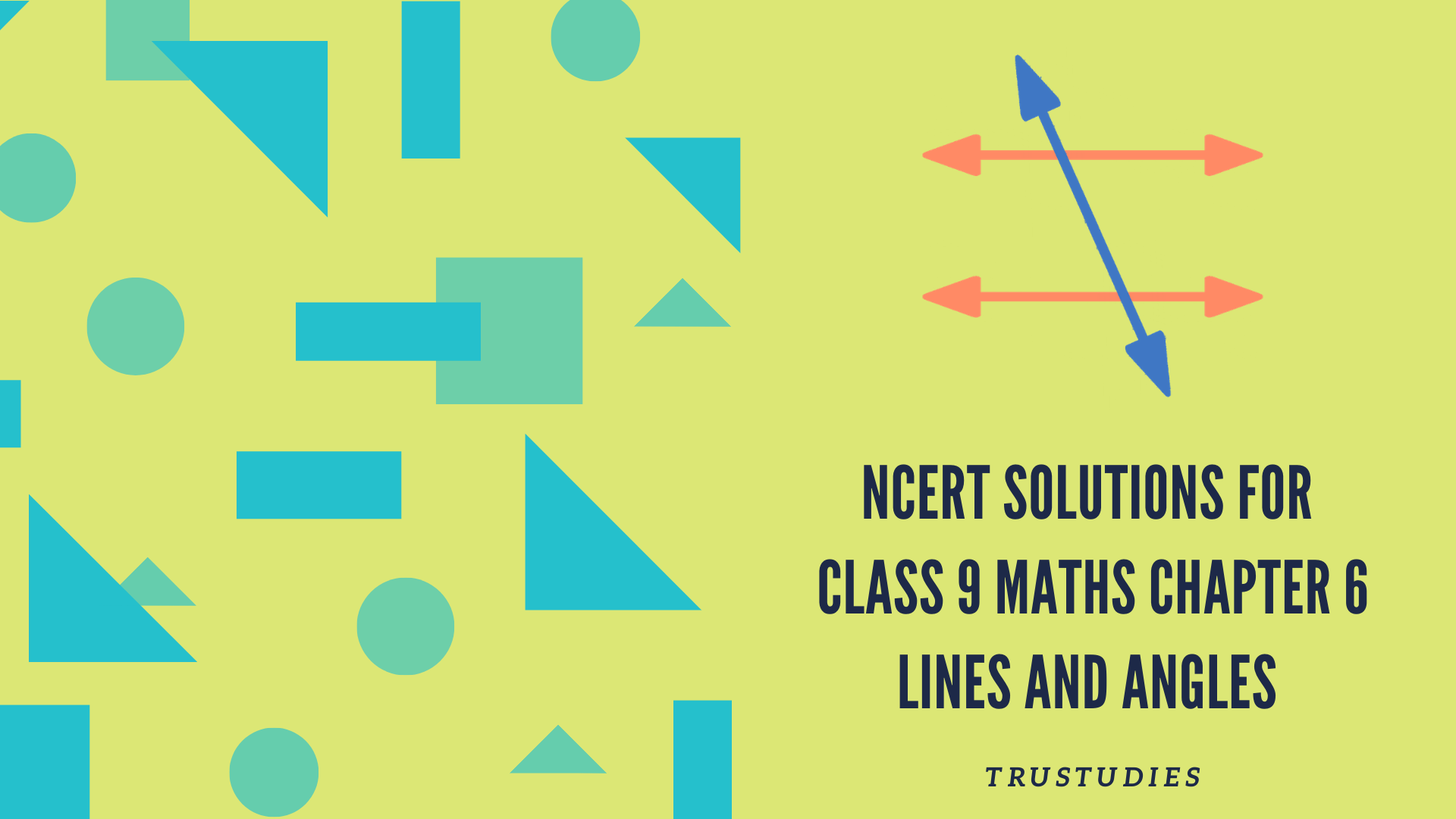 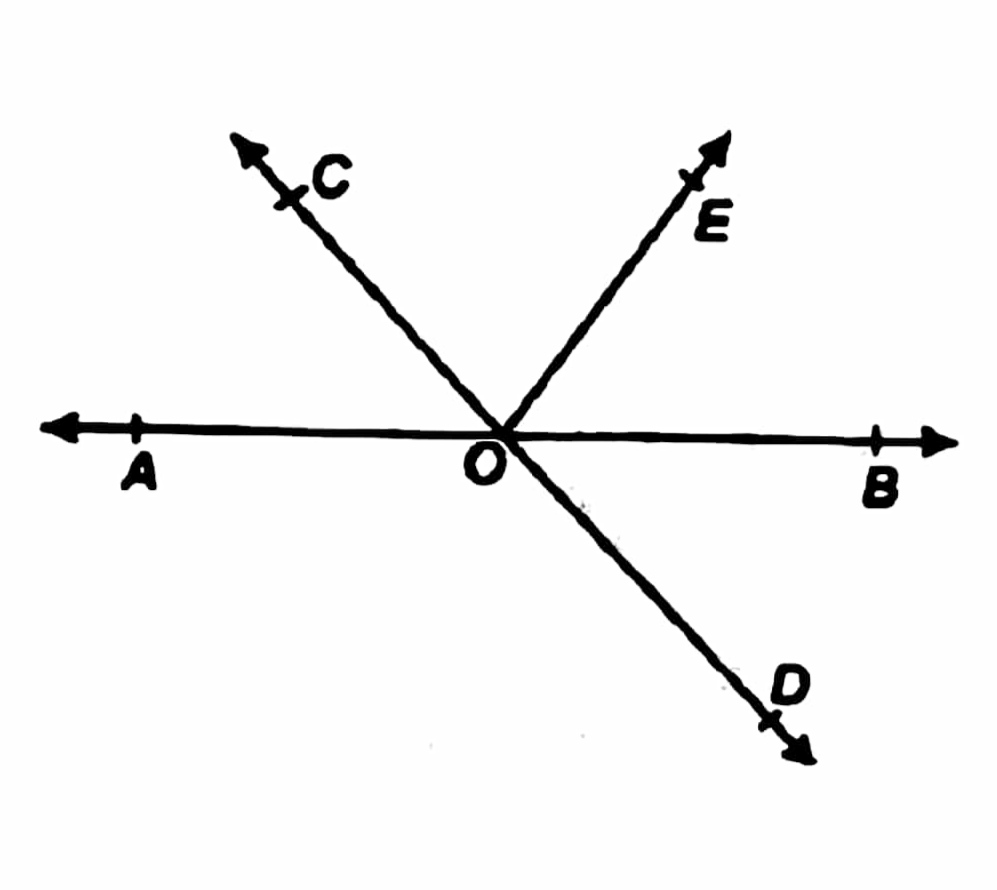 Here, and are vertically opposite angles. 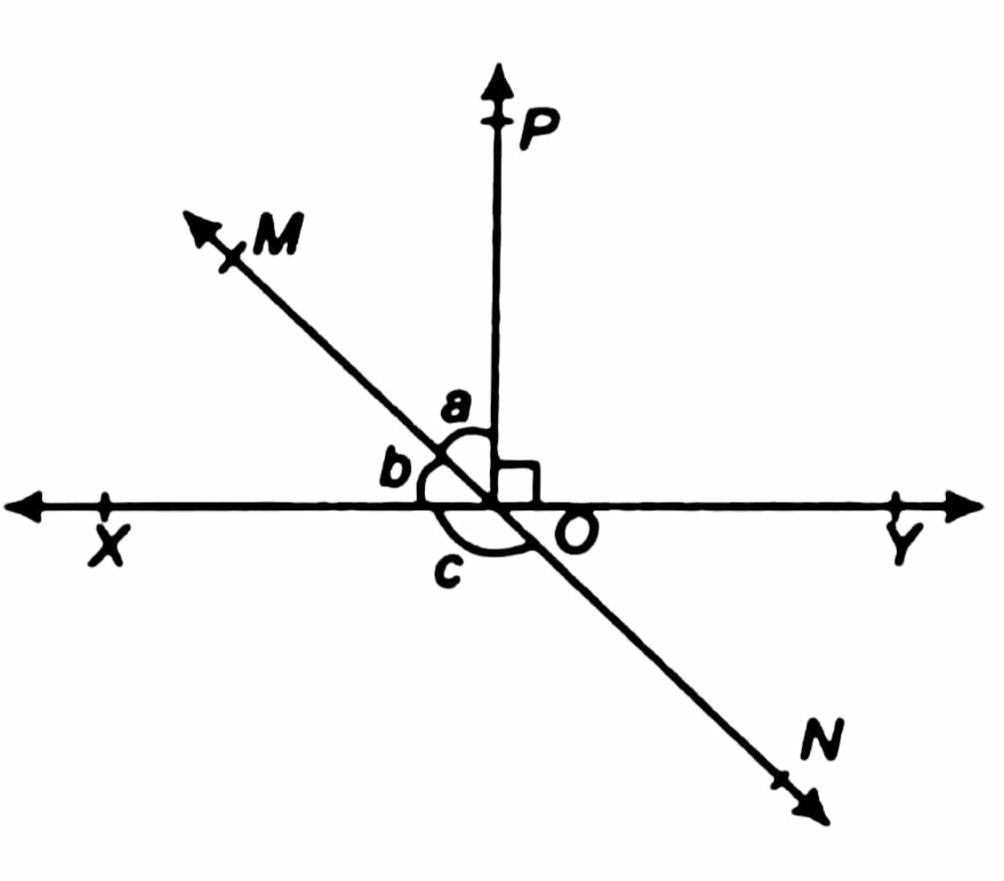 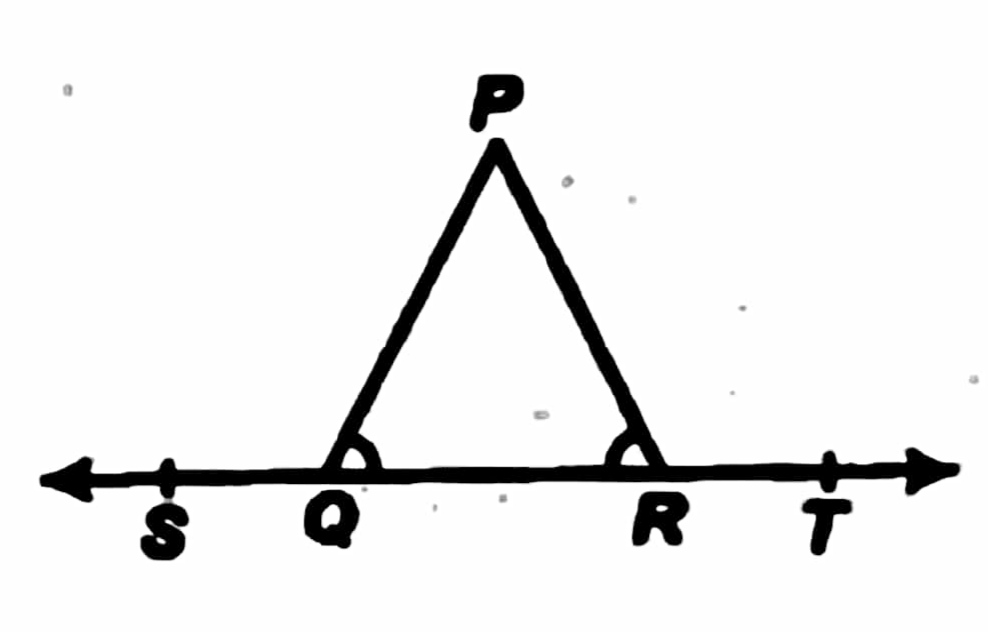 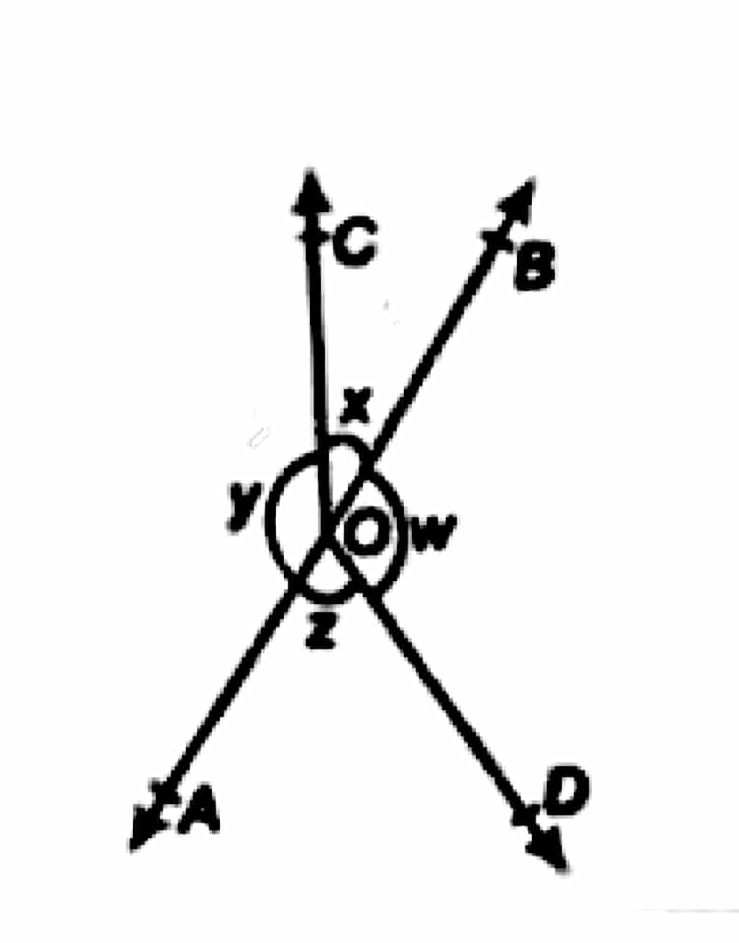 Hence, by converse of linear pair axiom, it is proved that AOB is a straight line. 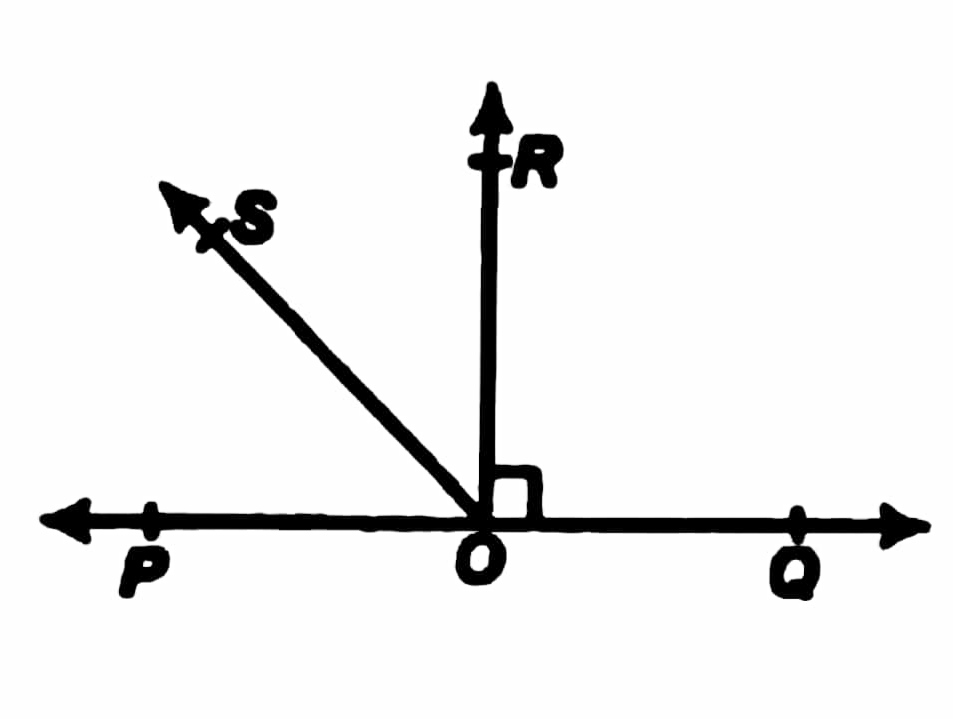 Now, by adding, on both the side, we get,

Q6 ) It is given that = and XY is produced to point P. Draw a figure from the given information.
If ray YQ bisects , find and reflex. 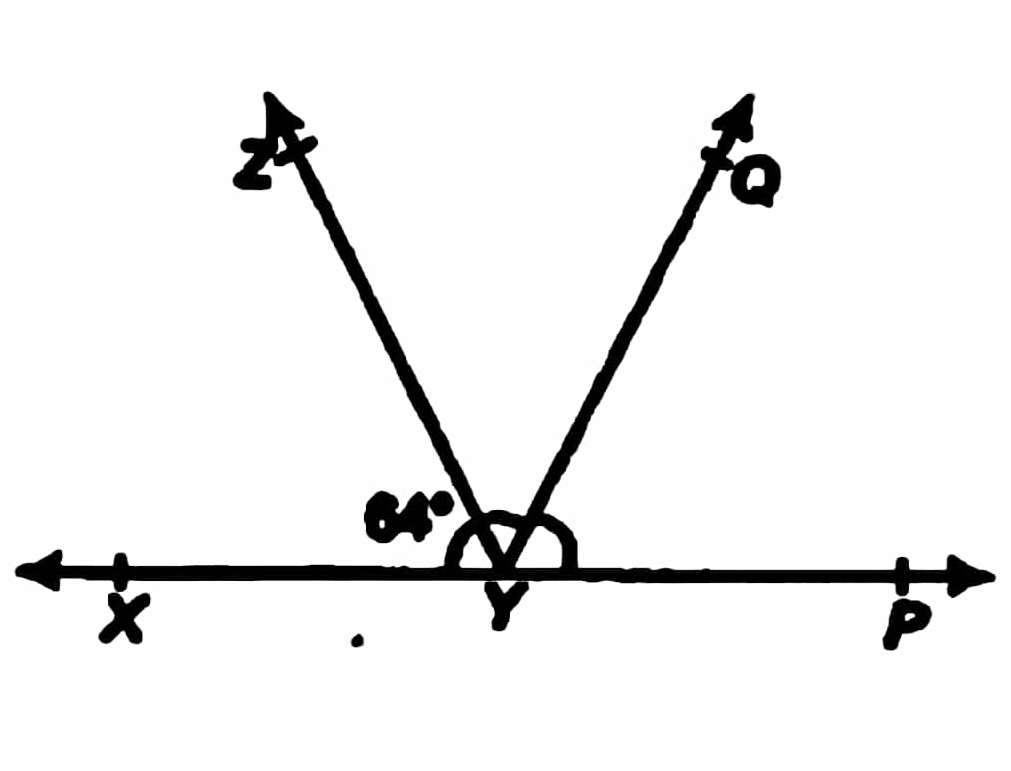 Given that, ray YQ bisects

But, it is given that, 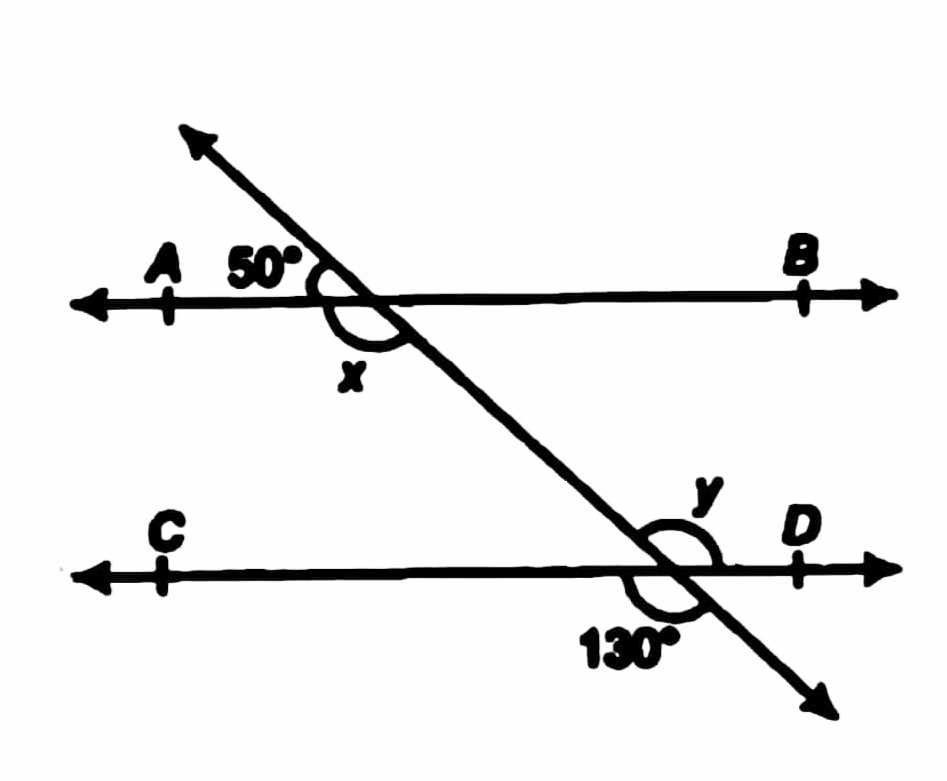 Here, these are corresponding angles for lines AB and CD. 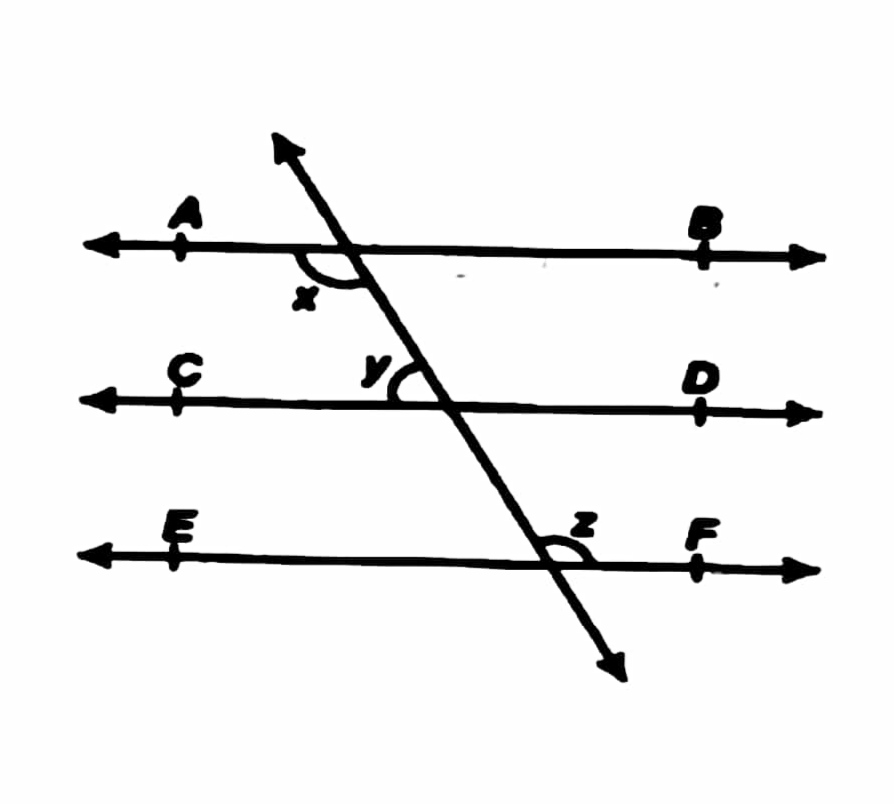 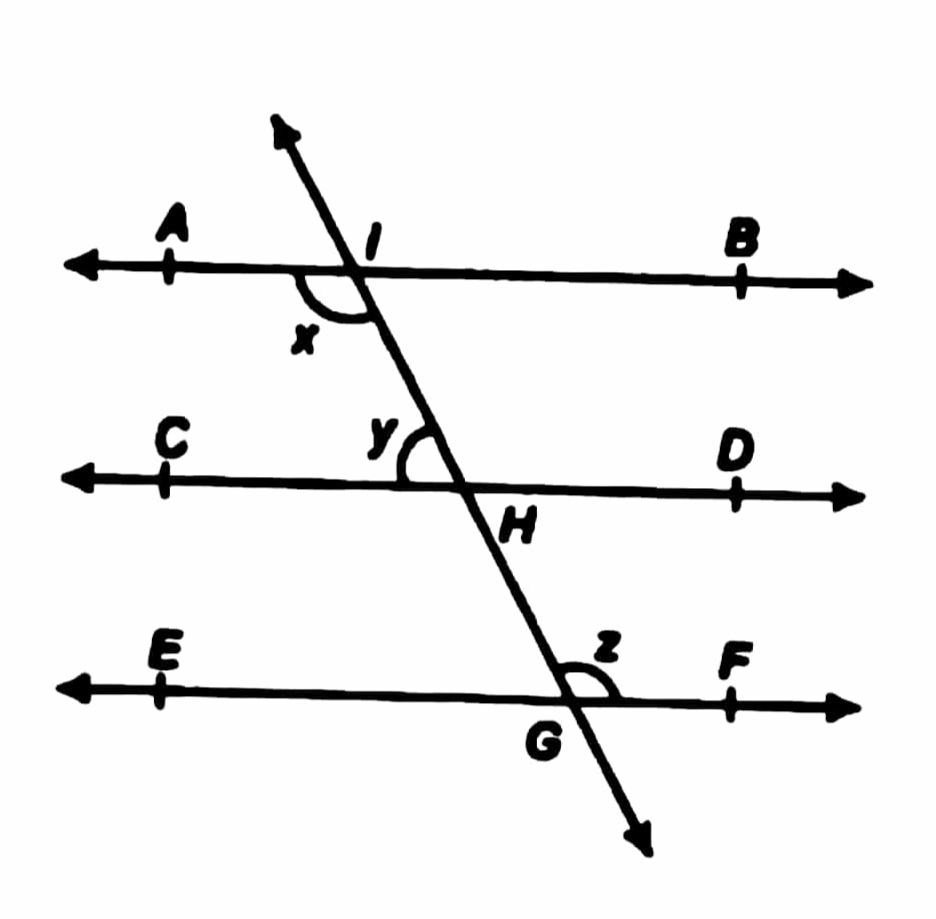 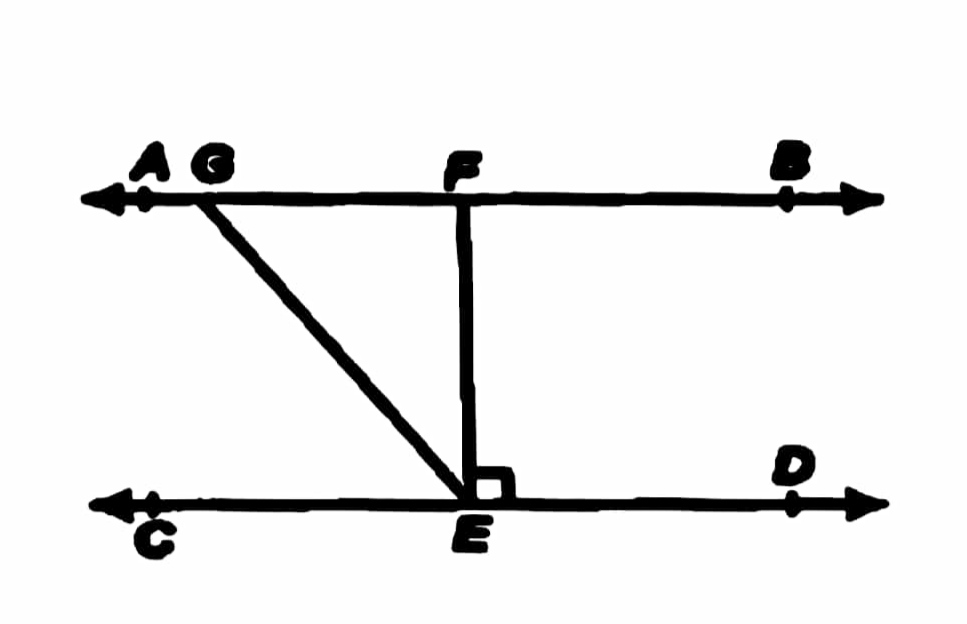 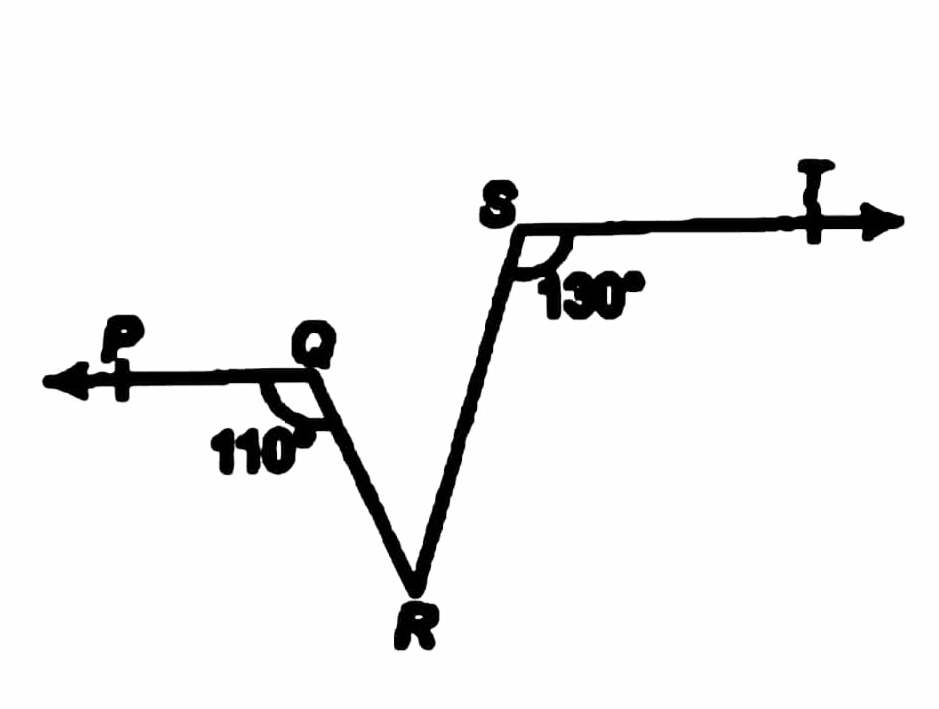 Construction : Draw a line parallel to ST through R. 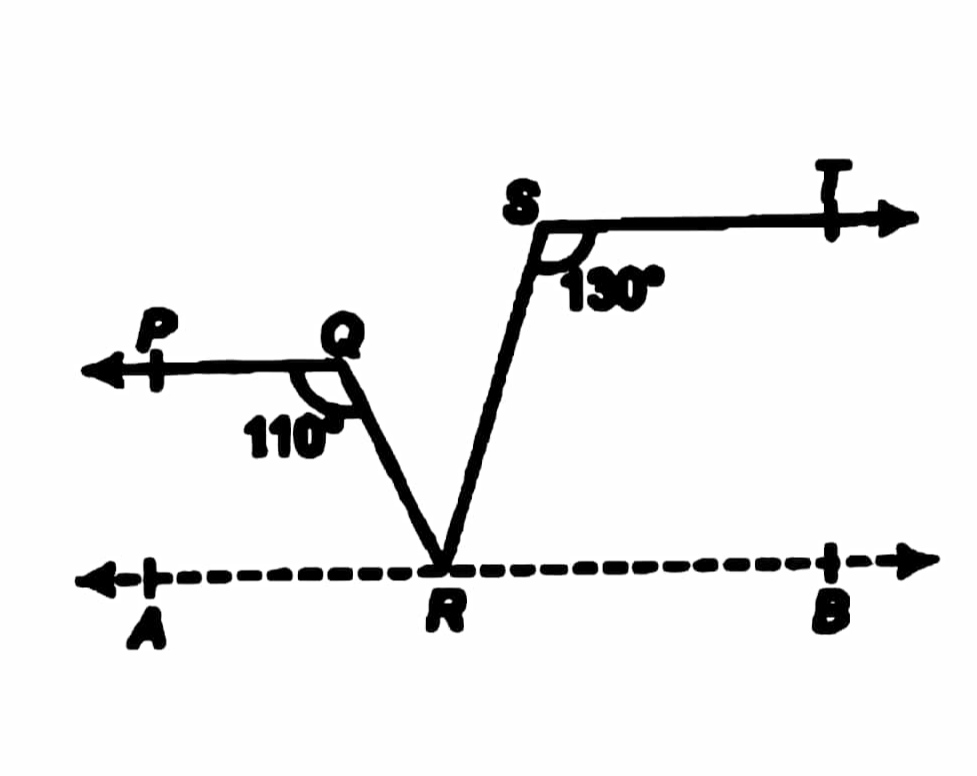 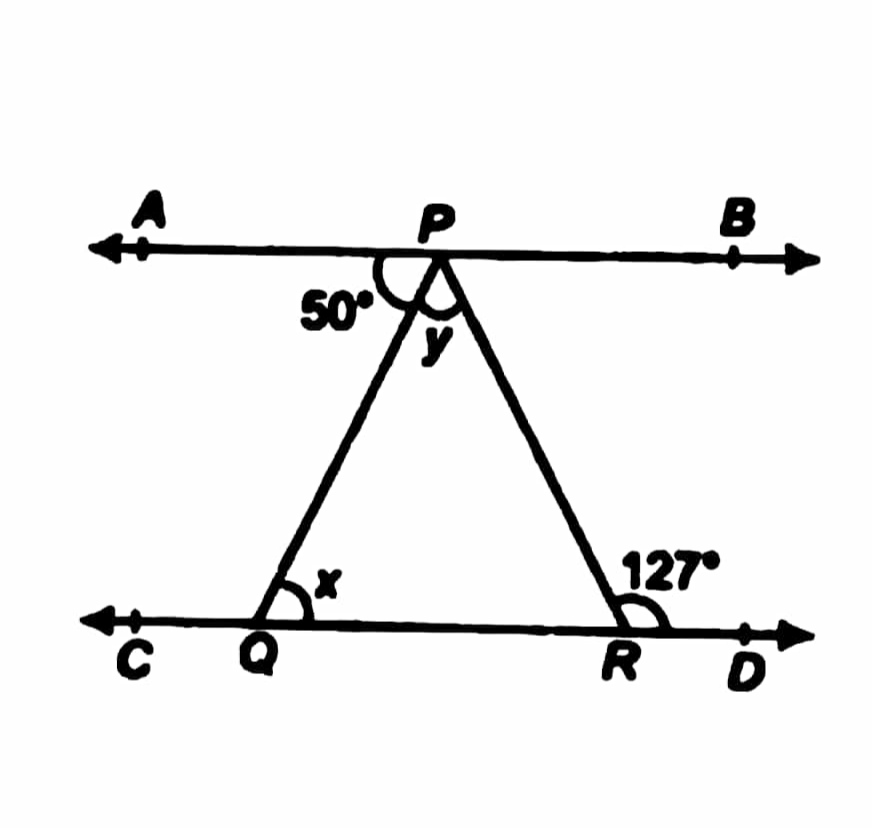 Now, as we know that, Exterior angle is equal to sum of interior opposite angles of a triangle.
(\angle{PQR}\) + =
from (i), we get,

Q6 ) In figure, PQ and RS are two mirrors placed parallel to each other. An incident ray AB strikes the mirror PQ at B, the reflected ray moves along the path BC and strikes the mirror RS at C and again reflects back along CD. Prove that AB || CD. 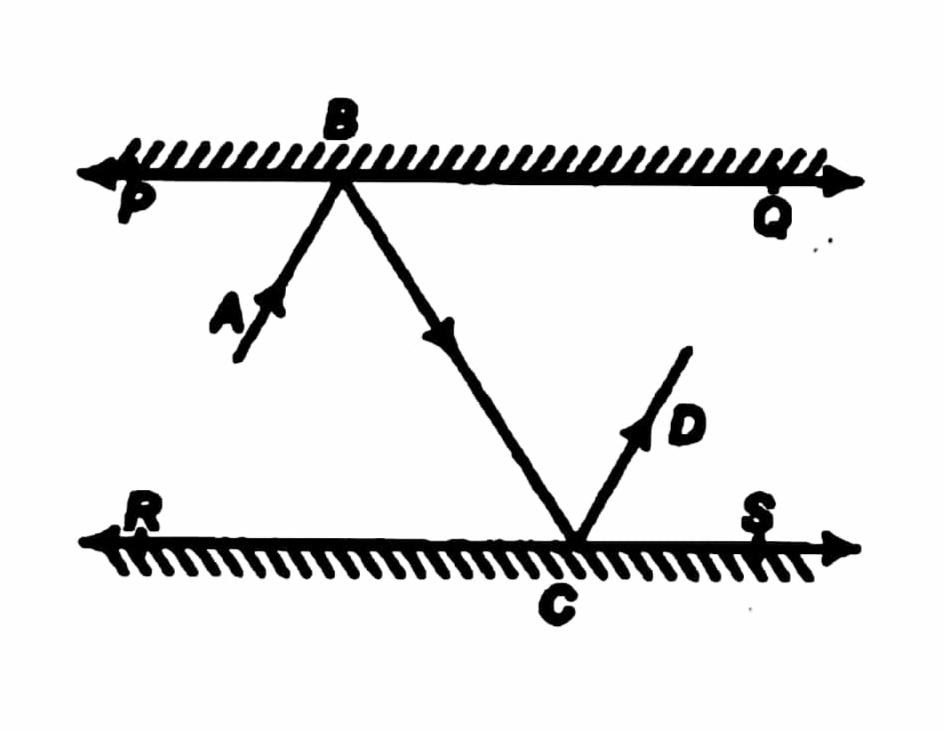 Draw perpendiculars BE and CF on PQ and RS, respectively. 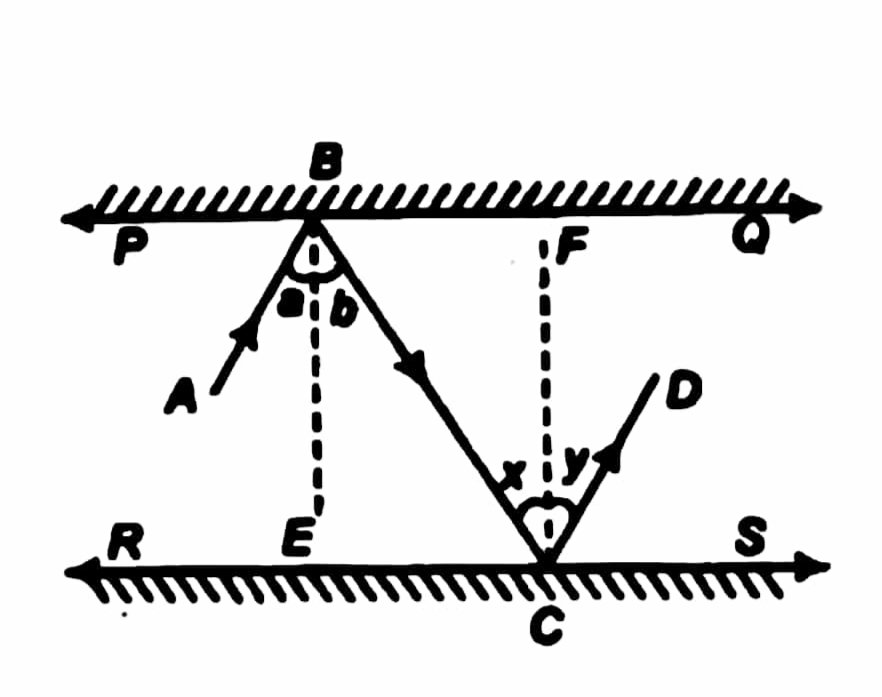 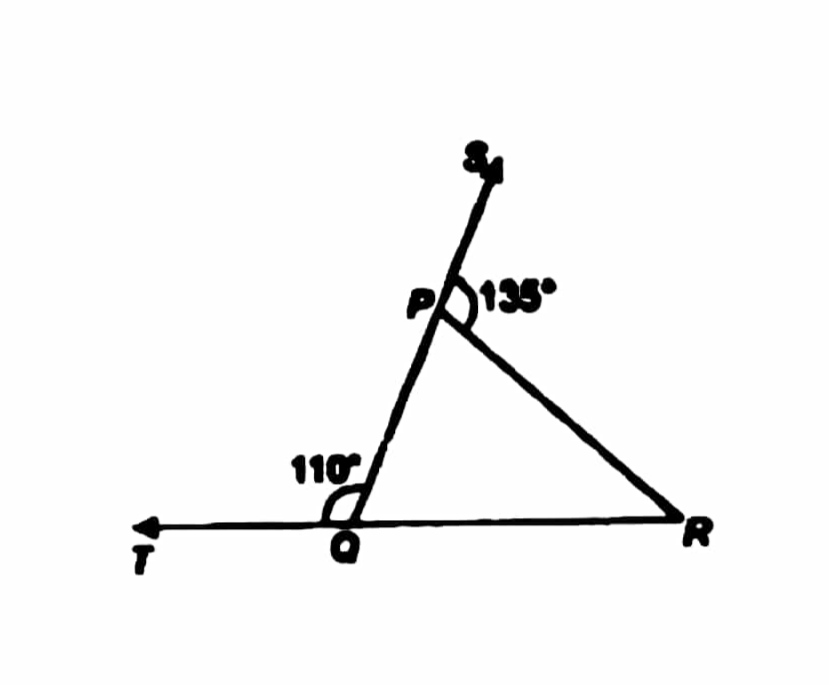 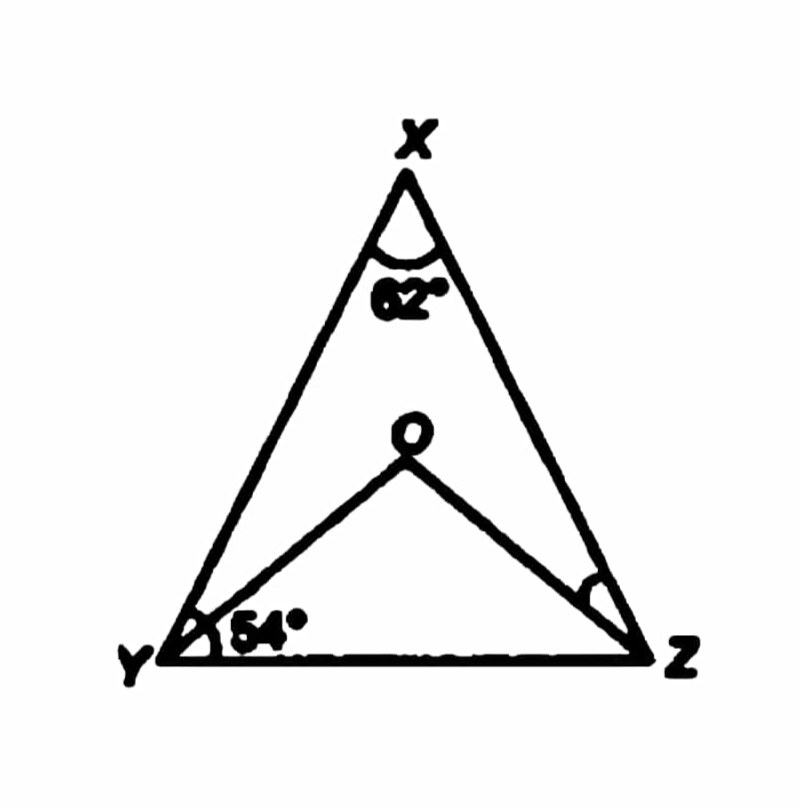