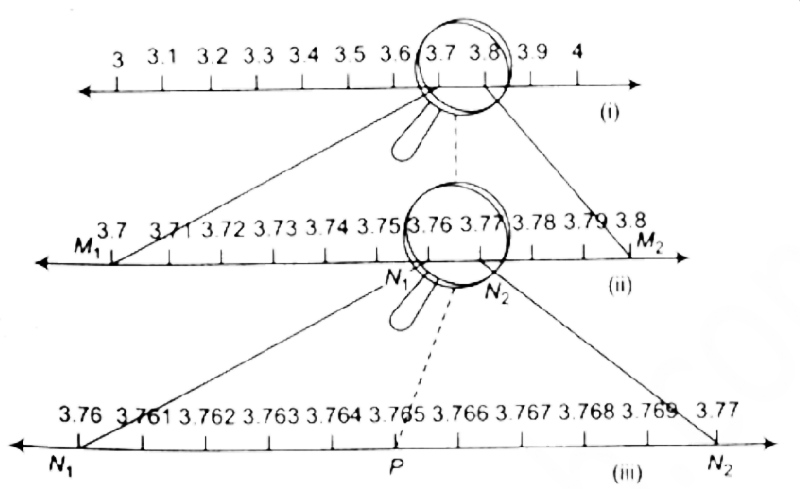 We call this process of visualization of representation of number on the number line through a magnifying glass as the process of successive magnification.
So, we get seen that it is possible by sufficient successive magnification of visualize the position (or representation) of a real number with a terminating decimal expansion on the number line.