1. Species on the verge of extinction.
2. A book carrying information about endangered species.
5. Consequence of deforestation.

1. Species which have vanished.
3. Species found only in a particular habitat.
4. Variety of plants, animals and microorganisms found in an area. 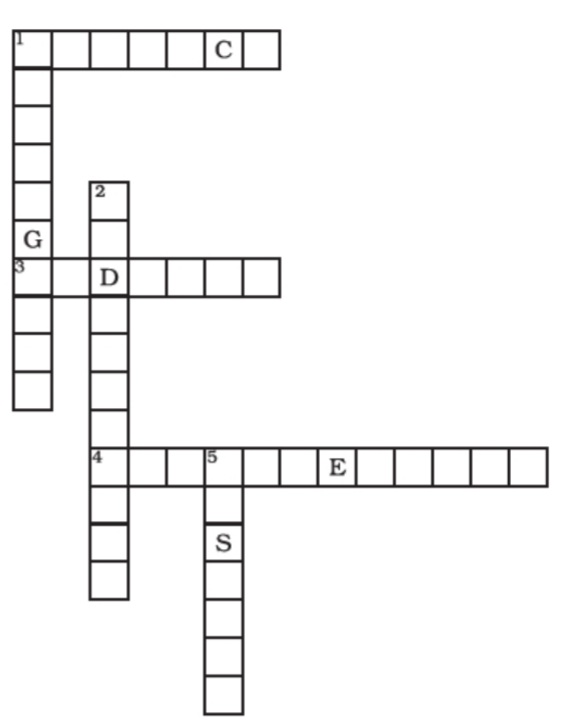 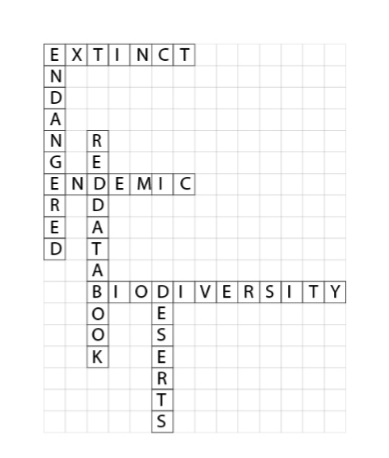 1. An endangered species is a species that is very likely to become extinct in the near future, either worldwide or in a particular political jurisdiction. Endangered species may be at risk due habitat loss, poaching and invasive species etc.

2. Red Data Book is a state document established for documenting rare and endangered species of animals, plants, and fungi as well as some local subspecies that exist within the territory. The Red Data Book contains the complete list of threatened species.

5. Consequence of deforestation is desertification. It is a type of land degradation in drylands in which biological productivity is lost due to natural processes or induced by human activities whereby fertile areas become increasingly arid.

1. Extinction is the termination of a kind of organism or a kind of species. The moment of extinction is generally considered to be the death of the last individual of the species and the capacity to recover the breed is lost before extinction.

3. Endemic species are plant and animal species that are found in a particular geographical region and are found no-where else in the world. For example some species are endemic to a continent while the others can be endemic to an island.

4. Biodiversity is the biological variety and variability of life on Earth. It is typically a measure of variation at the genetic, species, and ecosystem level.

NCERT solutions of related questions for Conservation of Plants and Animals