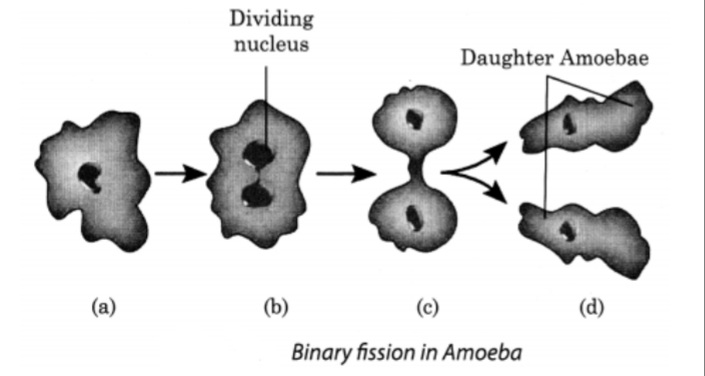 (ii) Budding
In budding, the organism develops a bulge called bud which further develops into an adult organism and separates itself from the parent body to lead an independent life. This type of reproduction is shown in Hydra. The following figure shows budding in Hydra