In order to locate the Pole star in the sky, first the Ursa Major Constellation must be located. Then locate a quadrilateral consisting of four bright stars as shown in the given figure. 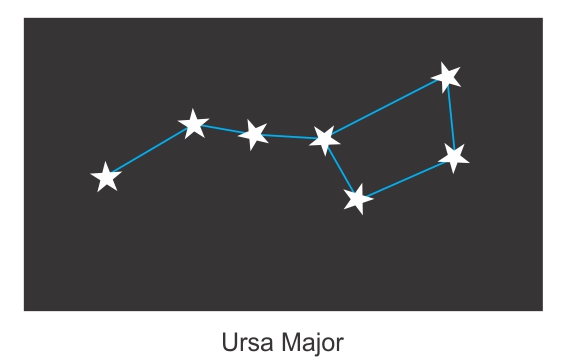 Consider two stars at the end of Ursa Major Constellation. Now, draw an imaginary straight line in the north direction connecting these two stars (as shown in the given figure).

This imaginary line meets a star called as the Pole Star.

NCERT solutions of related questions for Stars and the Solar System